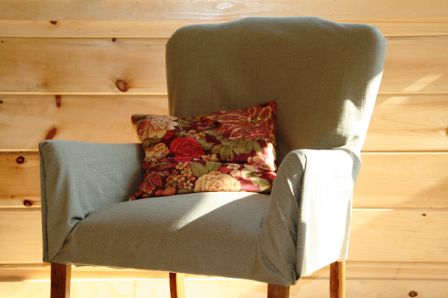 PTSD sometimes occurs after an individual has experienced a significant trauma or very frightening experience such as a motor vehicle accident, physical injury, rape, combat, and even a difficult medical experience such as a heart attack. While most people do not develop full PTSD after a trauma, some do and some people develop some of the symptoms without the full spectrum of symptoms. As noted above, approximately 23% of survivors of motor vehicle accidents develop PTSD.

An individual will often respond to the initial trauma with intense fear and helplessness. Later, the individual might "re-experience" the trauma through nightmares or intrusive memories. People with PTSD might experience significant distress and anxiety when they are around something that reminds them of the accident or trauma. Hence, an individual with PTSD may tend to avoid reminders of the trauma. The reminders can take many forms, including sights, smells, sounds, thoughts, and situations.

Based on the frequency of motor vehicle accidents, MVA's may be the leading cause of PTSD in the USA . Approximately 23% of individuals who survive an MVA meet the criteria for PTSD. This would translate into approximately 800,000 new cases of MVA-related PTSD each year in the US (Blanchard & Hickling, 1997). The interested reader is referred to an excellent book titled After the Crash, by Ed Blanchard, Ph.D., and Ed Hickling, Ph.D., published in 2003 by American Psychological Association (APA). This book can be purchased through APA by calling 800-374-2721.

We provide cognitive-behavioral therapy (CBT) for individuals with PTSD related to a variety of types of trauma. Treatment typically involves some combination of:

Depression commonly co-occurs with PTSD, as is indicated in #5 above. Often, the depression starts to resolve as the individual re-engages in various activities.

When a person has experienced a trauma or life-threatening event (e.g., motor vehicle accident, frightening physical injury, armed robbery, assault, rape, natural disaster, etc), they sometimes develop symptoms such as fear, helplessness, numbing/detachment, feeling "dazed," anxiety, restlessness, bad dreams, intrusive memories, difficulty sleeping and concentrating, and difficulty performing usual activities. When this happens within a few days to four weeks of the trauma, it is often referred to as Acute Stress Disorder or ASD. Longer-term symptoms might become Posttraumatic Stress Disorder or PTSD though the symptoms often fade within a few weeks.

However, a certain percentage of people develop symptoms that are very disruptive to their lives and sometimes these symptoms persist. For example, approximately 23% of motor vehicle accident (MVA) survivors later develop PTSD.

Although research findings are somewhat inconsistent at this point, some studies have found that elevated resting heart rate during the first month after the trauma may predict who will later develop PTSD. A study published in 2000 by Bryant, Harvey, Guthrie, and Moulds, looked at 146 MVA survivors and tracked them for six months. Survivors who had a resting heart rate of greater than 90 beats per minute in the first month after the MVA had a 62% chance of later developing PTSD (sensitivity of 88%; specificity of 85%).

Critical incident debriefing or stress debriefing. The term "debriefing" is a rather broad term referring to varying procedures with varying success rates. Some forms of debriefing may actually make people worse (Mayou & Ehlers, 2000), while other types of treatment have demonstrated good success in helping people to get through a trauma.

Cognitive-behavioral therapy (CBT) can be helpful in decreasing these symptoms early on and preventing long-term problems. This approach emphasizes a combination of graded exposure/desensitization, relaxation training, and cognitive skills. One study (Bryant, Harvey, Dang, Sackville, & Basten, 1998) found that survivors who were provided with CBT within two weeks of the trauma were far less likely to meet criteria for PTSD at 6 months post trauma compared to those who received supportive counseling: